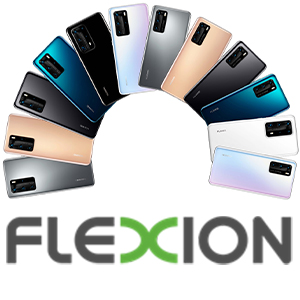 LONDON, 26th of March, 2020 – Flexion Mobile Plc (Nasdaq: FLEXM), the Android games distribution company announces that it is supporting the new Huawei flagship devices P40, P40 Pro and P40 Pro Plus with some of its strongest titles. The Huawei P40 series launched today in Paris and will be the first to be sold globally without Google Play and other Google services pre-installed. Consumers will be offered apps and games through AppGallery - Huawei's alternative to Google Play. In February, Flexion announced that it is throwing its weight behind Huawei's Android services framework, Huawei Mobile Services (HMS), and is supporting the Huawei non-Google devices with its market leading software and services.  Flexion has in the last 12 months signed a portfolio of top grossing games that generates more than USD $30m per month in Google Play. These will now be making their way to new Huawei devices.

"The P40 series from Huawei are the first flagship devices sold globally without Google services and we want to make sure that consumers can enjoy some of the best games on these powerful phones. Our leading software and services makes this possible without any additional work for the game developers", says Flexion Mobile CEO Jens Lauritzson.

Flexion has strategic partnerships with a number of key channels such as Huawei, Samsung  Xiaomi, Onestore and Amazon to help game developers reach a wider audience outside Google Play.

Flexion offers a distribution service for free-to-play Android games. Using the service developers can distribute their games in multiple channels like Huawei, Amazon, Samsung, Xiaomi and leading regional distribution channels in India, South Korea and Japan. These are channels that the developers are struggling to reach and support. At the core of Flexion's service is the patented enabling and enhancement software that converts developer’s existing Android games into specific game versions for the new stores without any work required by the developers. Flexion Mobile Plc is listed on Nasdaq First North Growth Market, Shortname: FLEXM. Certified Adviser is FNCA Sweden AB, +46(0)8-528 00 399, info@fnca.se.

Huawei AppGallery is the official Android app store which has been preloaded to all Huawei and Honor devices. The Huawei AppGallery currently provides users access to top Apps and has reached 180 billion downloads per year. To continue developing this platform, Huawei offers app developers ongoing support to achieve mutual business success. The ecosystem also fully supports all billing capabilities to give developers different options to monetise their apps, including In-App Purchases, Subscriptions or Ad-funded. The comprehensive marketing solutions allow partners to tell their story with their product while providing one-to-one onboarding support  for developers. Through AppGallery, Huawei will expand and deepen this ecosystem further to broaden the possibilities for developers to integrate their services and products, to offer users an even better experience.