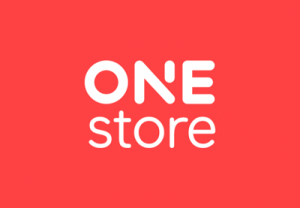 One Store, an integrated app market created through alliance of Korean wireless makers, will take its success story globally by linking up with foreign carriers to take on Apple’s App Store.

According to sources from the telecom industry on Tuesday, One Store has been reaching out to global mobile carriers and handset makers for partnerships to release an integrated app market overseas. An official from the company said it is in talks with Singapore’s largest telecom firm Singtel to set up a joint venture around the end of the year or early next year.

One Store was launched in 2016 in Korea through the alliance of the nation’s three major mobile carriers – SK Telecom, KT and LG Uplus – and app store of the country’s biggest portal Naver, for a joint front against invasion by multinationals Google and Apple. The company has been implementing aggressive marketing campaigns by cutting market commission to 20 percent, lower than the average of 30 percent of other stores.

As a result, One Store beat Apple’s App Store during the January to June period this year by recording 249.2 billion won ($213.3 million) in mobile game sales, according to mobile big data platform IGAWorks. The company still has a long way to go to catch up with Google Play that ranked top with 1.65 trillion won in sales and 78.6 percent market share, but it ranked second with a share of 11.9 percent, and App Store came in third with 198.9 billion won in sales and 9.6 percent share.

The company still has to establish a user interface and payment model for an integrated app store in the global market, but if successful, it would give a great help to domestic small- and mid-sized game publishers who hope to tap into new markets in Southeast Asia or Europe.

One Store bagged investment worth 100 billion won from Kiwoom Investment and SK Securities and plans to go public within three years.

“We will expand our contents by forming partnerships with local companies to take off in the global market next year,” said One Store CEO Lee Jae-hwan.