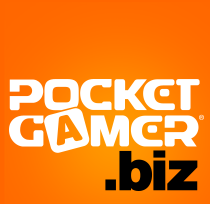 Acquiring an initial 20% to boost revenue for partnered developers

Flexion Mobile has revealed that it has signed an investment agreement with mobile games influencer marketing startup Liteup Media.

By 2025, Flexion will have the right to acquire the whole company from the founders for a "multiple of gross profit".

Based in Hamburg, Liteup Media allows influencers to monetise their online channels through the promotion of mobile games to their audience. The app-based service is currently in soft launch on Google Play and is expected to be released fully on iOS and Android later this year.

At the time of writing, Liteup is only partnering with TikTok creators that have either a North American or European majority audience.

"There is no clear market leader in the fast-growing and fragmented influencer market which makes it ripe for disruption and consolidation," said Flexion CEO Jens Lauritzson.

"We are impressed with the Liteup Media team and their vision for influencer marketing. As with any early stage start up, there is a lot of hard work ahead. Flexion will add value by sharing experience, deal opportunities and developer relationships. We have already seen positive results with influencer marketing as an effective way to attract paying players to the alternative app stores we work with.

"Influencer marketing is a natural part of a vibrant and competitive market. This investment will give us hands-on experience, relationships and instant access to a new vertical which will become an important extension to our distribution service."